2020 was an odd year. I think most people know what I am talking about. No, not that! I am talking about the fact that this was the first year since the late 1990s where Blood as a contemporary, almost mainstream, cultural piece was simply... normal. Fresh Supply has made the franchise a going commercial concern despite Atari's continued apathy, while BloodGDX and NBlood provide strong community outlets. The modding community is going as strong as ever, with new campaigns like Fleshed Out and Trauma Therapy as well as remixes like Extra Crispy and the Blood Upscale Pack. Stephan Weyte has rode the success of Dusk to a career high, essentially being the voice of the new Boomercore shooter genre as exhibited so intensively at the Realms Deep event put on by the revived 3D Realms. The ever growing cult of Civvie has spread the legend of our beloved title far and wide, and the game is now the subject of memes aplenty. And then here I am, having been here since 2008, and I have not actually played all that much Blood this year, aside from the Halloween Bloodbath. I was actually mostly playing Doom WADs. I guess I am just incapable of going along with a trend then... Anyhow, ever onward and spill some. Gideon (talk) 23:33, 11 January 2021 (EST) 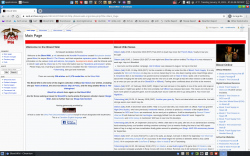 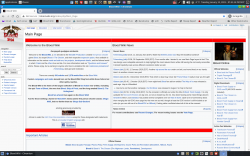