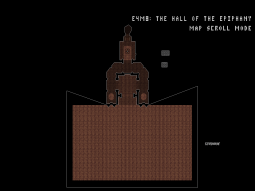 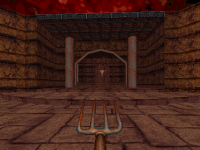 Hint: The Cerberus infights Doom-style, so try to make it so Tchernobog hits it accidentally. If Tchernobog hits the Cerberus, the Cerberus will forget about Caleb and fight back the dark god. If the player is skillful enough to make this, the final fight will became far less difficult and shorter.