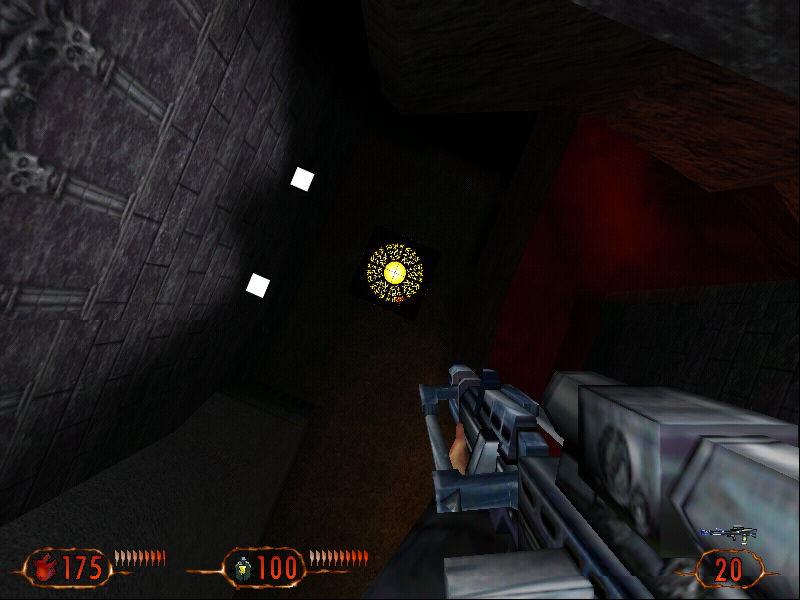 "In this map I have implemented some stuff that will also be used in the Blood2 add-on Maim. You'll see some curved stuff that hasn't been done much with Lithtech. It looks q3-ish but I don't mind that, it still has a great bloody atmosphere to it. Also there is a new cool feature in this map, 'Hoverpads', the act like a sort of elevator, see for yourself."--Arjan (Bloodmaster) Kerren

Taken via Wine on Fedora 25.

The following 3 pages use this file: