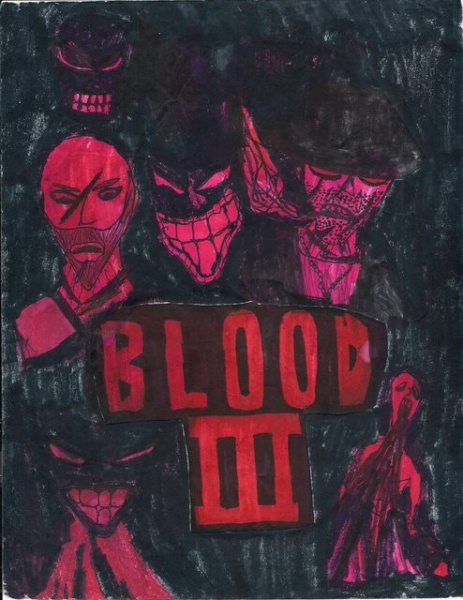 A piece of artwork created by BEAST and released January 2014.

"I did this drawing in the prime of 2001 while visiting my grandmother in Honolulu. I was excited by the promo video I saw of Doom 3, that I was thinking that Doom 3's engine and what Doom 3 promised should be used in Blood 3. Just in case you didn't realize, this and the last drawing were done all in marker. This one in particular used red and black Crayola markers, and maybe some Sharpie black marker to make some parts stand out more. The monster faces are vague, and I wish that I did some concept drawings for what those monsters would look like in full. The man left of Caleb is supposed to be The Crusader, dressed in a kimono (indicating that he had been with the Eastern sect of the Cabal)." - http://forums.transfusion-game.com/viewtopic.php?p=28468#p28468

The following page links to this file: