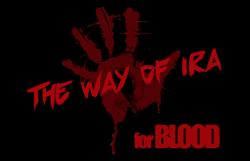 "Years after dealing with the Cabal, Caleb lives on the outskirts of a small village. After having been almost fully erradicated, the last Cabal infiltrated the highest ranks of most religions and governments. Years passed by, more Cabal got recruited and step by step the people got mentally prepared to obey what was coming, one religion, one government, ruled by the Cabal. Cramon, an occult high-priest and new leader of the Cabal envisions to become the next incarnation of Tchernobog. To free the essence of Tchernobog from Caleb's bones, Cramon wants to face Caleb where fear and desperation rule, the Underworld. In the Underworld, Cramon is able to take on a demonic form, in which he can surely kill Caleb. To lure out Caleb, Cramon came up with a radical plan. Those that were expected to resist the Cabal were listed to be purged. Seeing how the Cabal would once again kill everybody around Caleb would surely trigger his rage. On purge night, all homes of possible insurgents get bloodmarked by cultists, that's the sign everyone in those homes can get killed by the Cabal legion. Caleb hears screams of agony and a neighbour runs into his house. Seconds later the whole door gets punched in and the neighbour gets shot, leaving bloody holes in the wall. Caleb gets knocked out. A cultist sees Caleb's cat Cleo cowering in a corner and grabs her. Things are about to get real bloody again."--Storyline

The Way of Ira is an eight level (seven regular levels and one secret level) fan add-on for Blood by MariusArmand. The title is derived from "ira", the Latin word for "rage" (or "ire").

"I've used my holidays to start mapping for my favourite game. Name of the episode (seeing it big again): The way of Ira. Name of the first level: Purge Night. The story in a nutshell: After a rough life, you've been living in the woods near a village. Over time, the cultists in the village became more and more corrupt until they finally decided to purge everybody in the village and you during Purge Night. You somehow survive and immediately start your revenge."--MariusArmand, Duke4

"I have played through the episode two times and had a lot of fun on both runs. It lacks polish at times but it's definitely in the top ten of user episodes released for Blood. Some maps like "Asylum for Critics" were bland and may need more detail and fleshing out in future updates, while others like 'Lakeside Genocide' stood out well. One thing that was definitely gotten right was the enemy placement, neither too cheap or too easy/predictable. The bits of new art and references were also nice."--Dead Reckoner